The first Berry Brow carnival was held in 1964, organised by Brenda Walshaw, the leader of Berry Brow Methodist Association of Youth Clubs. The aim of the carnival was to bring the youth clubs of Berry Brow, along with local residents, together for a day of fun, entertainment and sporting events.

It featured an array of activities including the Berry Brow carnival queen, fancy dress competitions, fashion shows, lucky dips and hoopla. Sporting events included darts competitions, the tug-of-war and the ‘Hillside Chase’ which saw youth clubs competing against each other in a challenge to run to Castle Hill and back again to claim the honour of the Heeley Cup.
Other highlights included live music from local musicians and bands and for several years the Berry Brow carnival procession was led by Honley Silver Band.

In the late 1970s a lack of organisers resulted in Berry Brow carnival being disbanded. However, in 2007 a small, but very committed and determined team of local residents got together to re-establish the carnival as an annual event in the Berry Brow calendar.

Now in our thirteenth year, we work hard to develop the event every year while retaining many of the original activities and events including live music. The aim of the Berry Brow carnival is to bring members of the community together for a day of celebration, entertainment and lots and lots of fun. 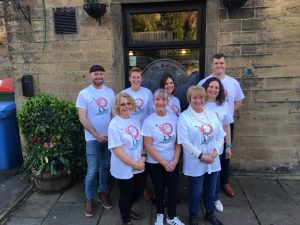